MagentoLive: News about the performance of Magento 2.0

To say the least, the day was… intense! On February 3rd, 2015, Ebay’s team organized the first exhibition ever on Magento in France, the Magento Live in Paris. A total of 350 brands, agencies and hosts came together to share and discover the different announcements.

The Release of Magento 2.0

Two of Magento’s leaders, Paul Boisvert (Head of Product management) and Max Yekaterynenko (Senior Manager), announced how the Magento 2.0 release plan would unfold. There will first be a beta version launched during mid 2015 and an official one at the end of 2015. 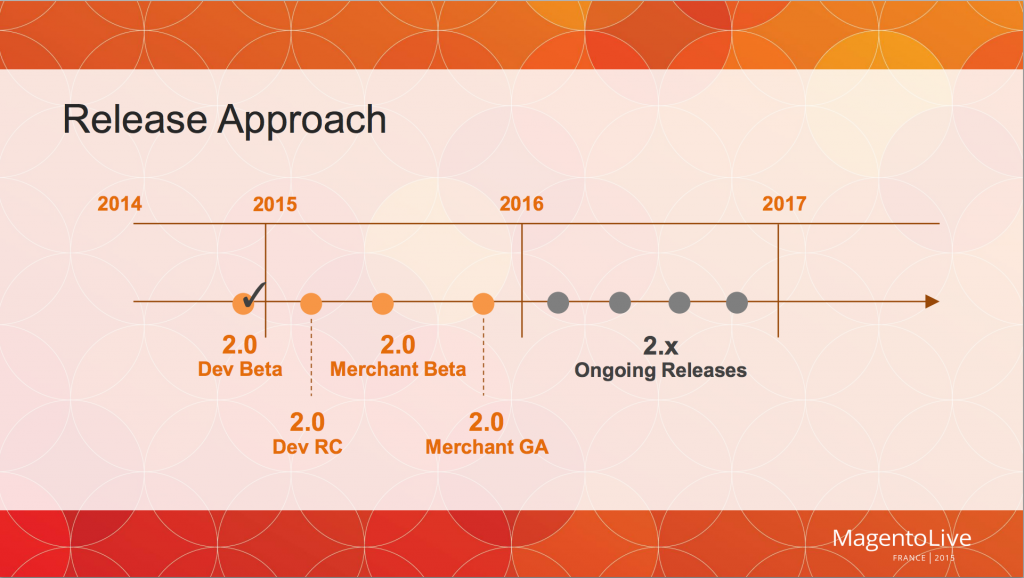 Furthermore, a Hub on Magento 2.0 was opened for developers to group the technical stakeholders in different agencies and service providers that wish to test the new version before the end of 2015. If you want to be part of the “early adopters”, you know what you have to do! Having spoken extensively with Ben Marks (Community Manager at Magento), the Magento 2.0 team shows to be very interested in receiving feedback. This would be a good opportunity make your contribution to the product.

News on the performance of Magento 2.0

What’s there to know about Magento 2.0’s performance? You know that at Quanta, page load speed is our daily battle! So here are a few announcements that were put together on that day.

The cache (crucial for any E-commerce that wishes to maximize its conversion, I also spoke about this in our conference on Performance Intelligence):

You will notice that Magento has taken into account the importance of fast page load time on the conversion rate of users. We wrote a post on the subject 3 months ago.

Here’s a picture that we took of our conference at Magento Live: 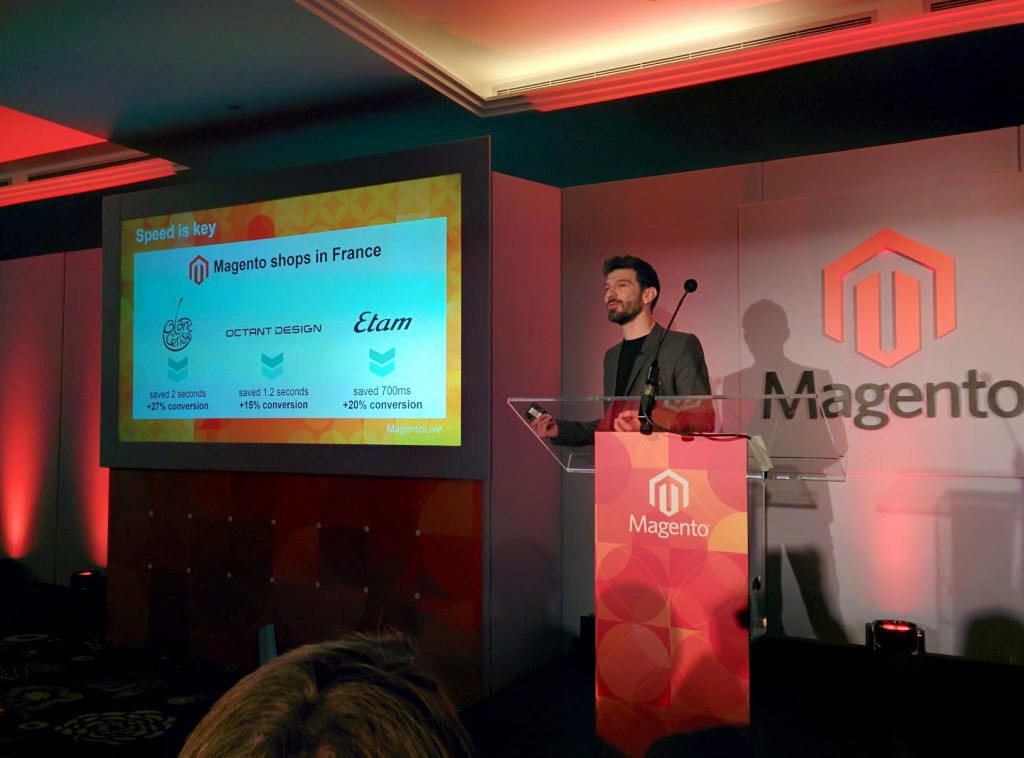